Home All titles Records of the Animal World

Records of the Animal World 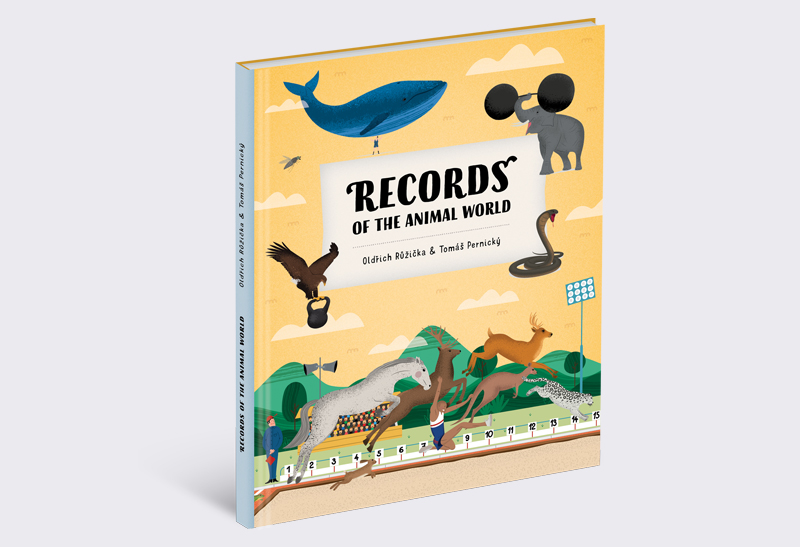 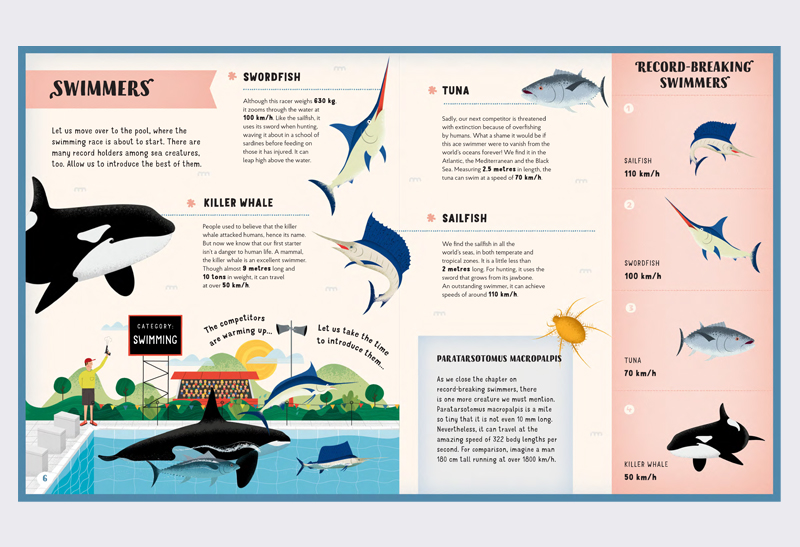 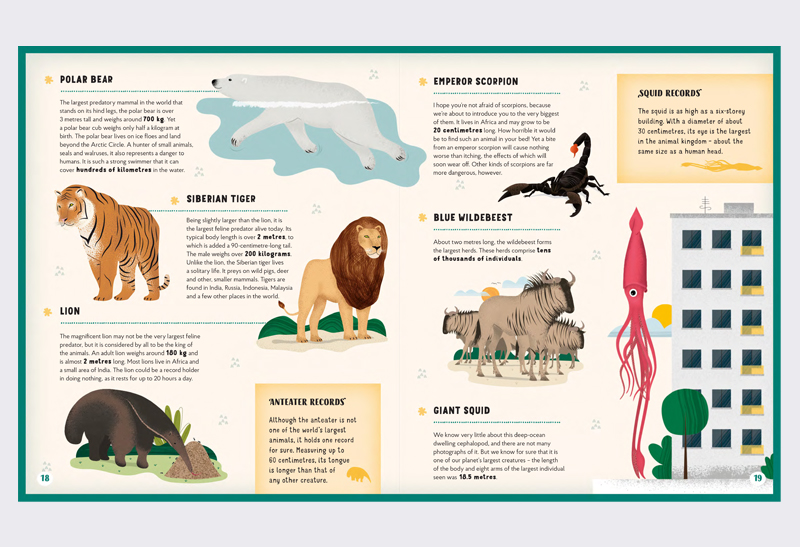 The world has practically infinite variety. The powers of many of its creatures are found in the human world only in made-up superheroes.

The world’s fastest animals can move at the speed of a state-of-the-art sports car, while there’s one small creature with the strength of a trained weightlifter. That’s right, the world’s strongest animal can lift many times its own weight! And the longest-lived animal goes on for several hundred years. Fastest, slowest, strongest, largest, smallest, longest living, furthest jumping, most poisonous, most beautiful, ugliest, deepest diving… These and many other record-holders of the animal kingdom fill this book with unexpected, fascinating facts. So join us and immerse yourself in the world of animal supers!

Request a book
Records of the Animal World