Home All titles An Illustrated Guide to the World of MONKEYS

An Illustrated Guide to the World of MONKEYS 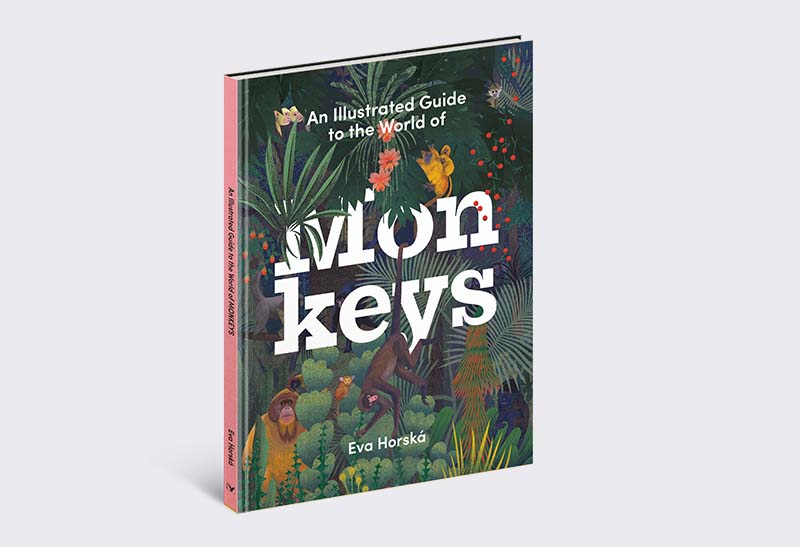 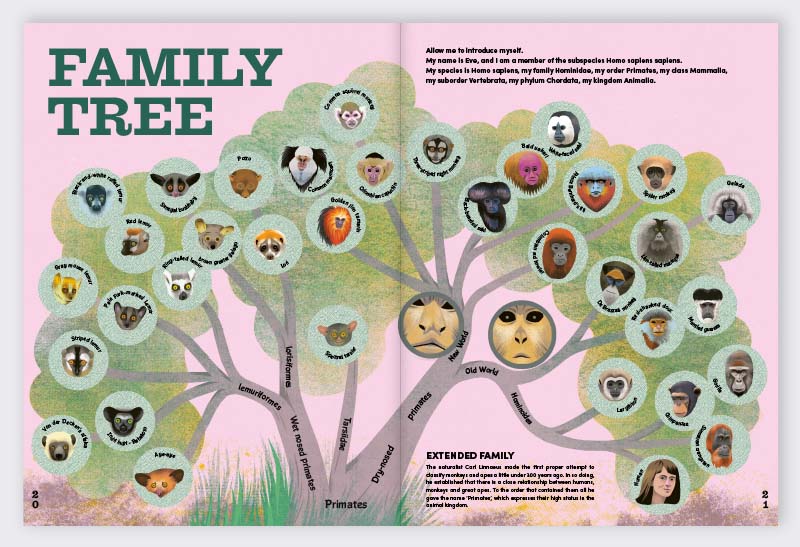 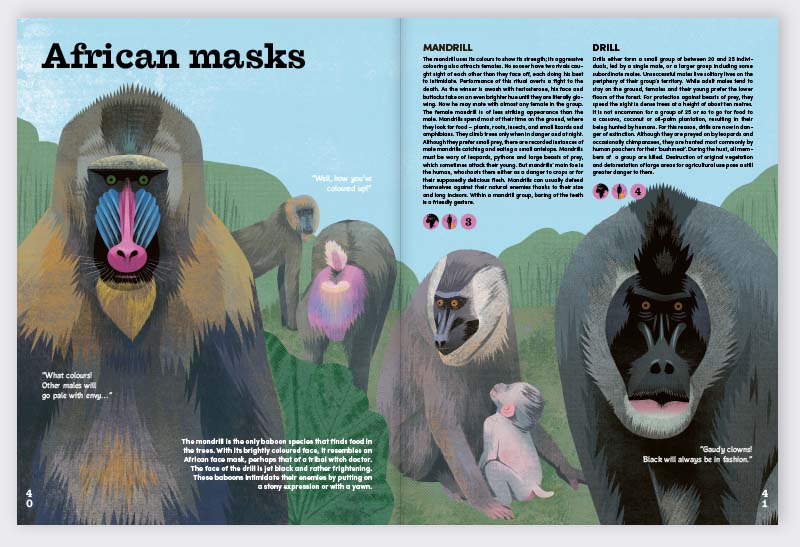 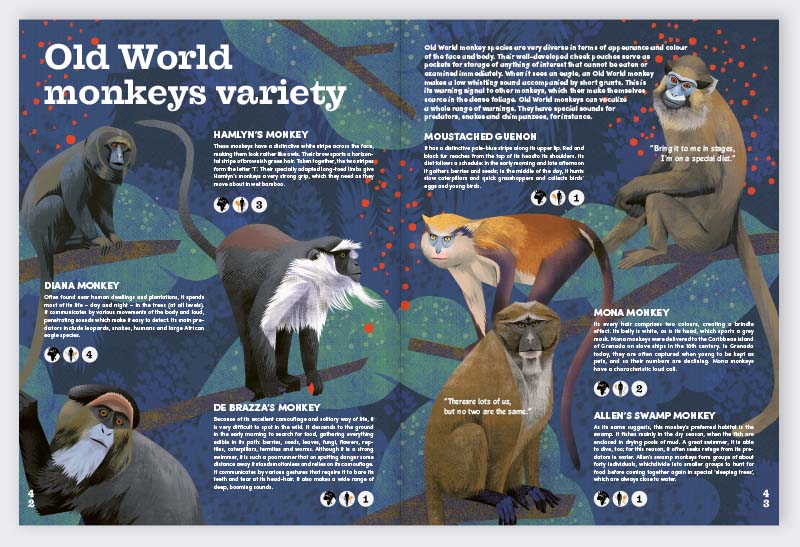 Intelligence is their most important characteristic. For their body size, they have a large brain – a gift that makes them quick to learn new things. They can work together and perform complex tasks. Humans are known as the intelligent ones in the animal kingdom. But we’re not talking about humans. Welcome to the world of the MONKEY.

The monkey family comprises hundreds of species of all colours, distributed all over the world. In this lavishly illustrated book, you will find them clearly arranged. And you will learn things such as why some monkeys prefer to sleep in the day, which monkey has five hands (not four), which monkeys hide behind a mask, which monkeys fly, and which monkey made it beyond Earth orbit. You will have the chance to compare monkey record-holders and learn about scientists who have dedicated their lives to the study of the intelligent world of primates. The entry on each species includes information on that monkey’s habitat, its size compared with humans, and how endangered it is. Not least because of climate change, we humans are increasingly aware of our place in a special family of animals. We belong to the order of primates. So, what do we have in common with our animal cousins? And how do we differ from them?

Request a book
An Illustrated Guide to the World of MONKEYS