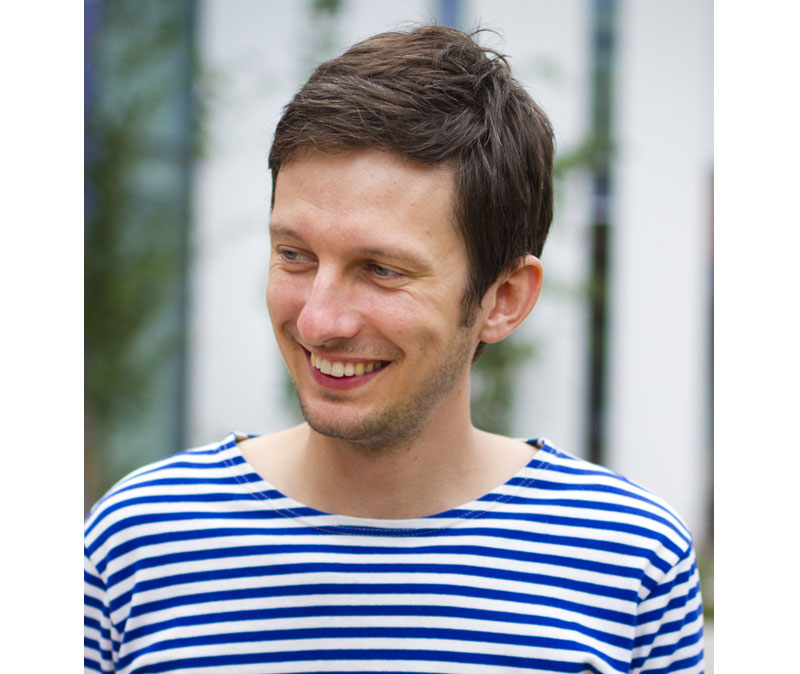 Jan Laštovička (b. 1979), a graduate in Art Education from the Faculty of Education of Charles University in Prague, works principally as an illustrator of books and magazines. Abeceda (z) měst is his first book for which he also wrote the text. As well as producing drawings for children’s books, he illustrates and publishes books for bibliophiles. His colour linocuts accompany editions of Jan Zábrana’s short story ‘Psovod Gerža’ (2009) and H.P. Lovecraft’s horror story ‘The Hound’ (2014). His illustrations are known to readers of Židovskýé listy and the magazines Umění darovat and Maxim. When he is not drawing, Jan Laštovička designs porcelainware, makes snow sculptures and collects photographs of graffiti, which he has reconstituted in two editions of the Pigtures yearbook.

Born in Karlovy Vary in 1979; currently lives in Prague.

Graduated in Education and Art Education from Charles University in Prague. During his studies he attended Seminariet fot Formgivning in Nykøbing, Denmark, specializing in illustration.

Between 2005 and 2014 he worked as a consultant and graphic designer for a public relations agency. At the same time, he produced designs for decoration of domestic porcelain, illustrated books and issued publications for bibliophiles. Since 2014 he has been a full-time illustrator of books and magazines.