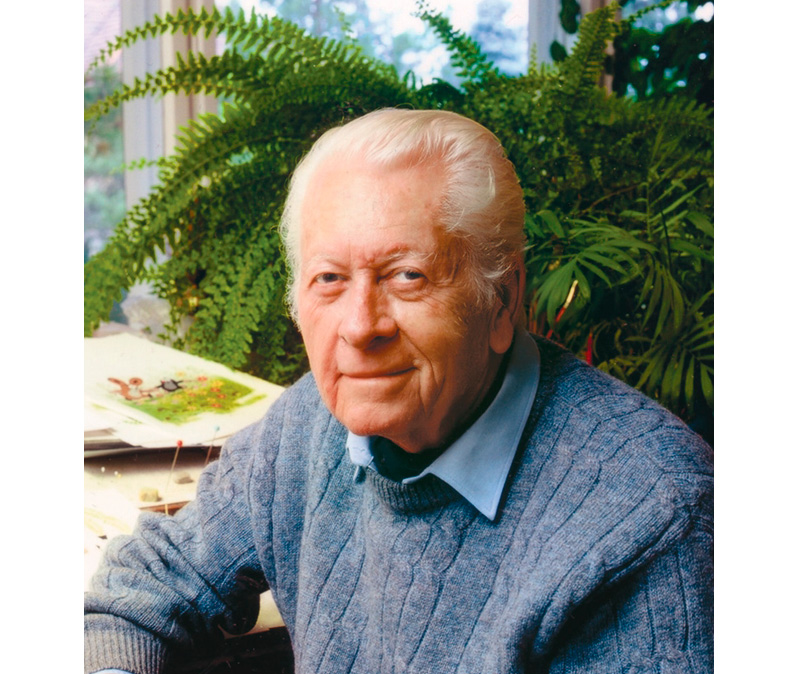 Zdeněk Miler (1921 – 2011) was Czech animator and illustrator; he is best known for his Mole character and its adventures. Miler was born in Kladno (near Prague). He has been working in animated film for over 60 years and his films have won numerous awards at festivals around the world. The idea for Mole’s creation came when Miler was commissioned to make an educational film for children in 1956. He was not happy with the script he was given. Strongly influenced as he was by the films of Walt Disney, he looked for an animal as the main character. Later, he said that the idea to use the mole as his main character came to him when he stumbled over a mole-hill whilst on a walk. The first film was titled “How the Mole got his Trousers”, which won a Silver Lion in Venice. In the beginning, the mole spoke. However, Miler wanted his mole to be understood everywhere in the world so he decided to use his daughters as voice actors, reducing the speech to short non-verbal exclamations in order to express the mole’s feelings and world perception. His daughters were also his test audience, who got to see the films first. Thus Miler could see whether his message resonated with children. Little Mole was a huge success in Czechoslovakia, Eastern Europe or Germany from the beginning and today the mole can be seen in over 80 countries.